Why did I marry a Thai Lady?

I get asked this a lot.  And in the beginning it was not actually my ‘master plan’ but very quickly became one.

I’ll come clean and say that I was married previously, like many men who marry Thai women.  But sadly that marriage ended in divorce.  Like most divorces, for a multitude of reasons.  Nothing too dramatic thankfully and we still keep in touch.

So I was alone for the first time in many years.  I didn’t plan to marry again, but I guess I knew it was inevitable.

Anyway, about that time I started travelling to Thailand on business, and I fell in love with the place, like so many people do.  The country, the food, the culture.  What’s not to like about Thailand?   And I knew fairly quickly, that I would end up marrying a Thai woman.  They are just so appealing in every way.  At least to me.  So feminine, demure (well most are) and just so damn cute. 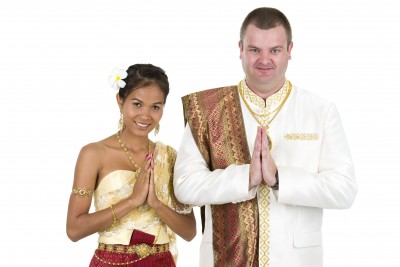 I won’t go into the long drawn out discussions about Western wives v Asian wives.  That can start to get a bit racist, sexist, ageist and a whole bunch of other ‘ists’ very quickly.  Let me just say that for me, in my stage of life, a Thai woman was going to make the perfect partner.

If I was 23 or 25 would a Thai wife be as appealing to me?  Maybe not.  Why not?  OK, let me be blunt and risk offending Thai ladies here.  And these are very broad comparisons, based on the experiences of one man OK?

But I think when compared to a Western wife, a Thai wife is:

So my point?  Many younger Western men would not put up with it.  That simple.  But a middle aged western man, may actually quite like it.  That feeling of being needed, being relied upon, is actually quite nice.    Just my take anyway.